The year 2021 is halfway to the end & we have already got a lot of good kdramas to watch till now. Some of them are – Vincenzo, Doom At Your Service, Beyond Evil, Law School, etc.

Kdramas never stop entertaining us. They are a remedy, a break from our daily life. They make us laugh, cry, go crazy, and even make our brains think more. They are too addicting.

Some of the ongoing dramas will end in August – Racker Boys, Nevertheless, You are my Spring, Monthly Magazine Home to name a few of them. Now, get ready to watch new dramas.

Here are the Korean dramas that have aired in the month of August 2021. These dramas can be streamed on some free streaming sites if you don’t live in South Korea.

1. The Road: Tragedy of One

A story of the secrets, desires, guilts, and salvation of residents who live at “Royal the Hill,” a place where only the top 1 percenters live. On a rainy night, a tragic incident takes place and the secrets connected with it result in silence, and confusion, which eventually leads to another tragedy.

The drama is about a detective who catches criminals with all his might and a former hacker who uses his intelligence to solve everything. The two meet at the Police University as a professor and student, and they cooperate to investigate a case together.

It revolves around Bong Seon Hwa and her family surrounding a confectionery company. She had a long relationship with Moon Sang Hyuk. But, when she unjustly loses her family due to a tragedy born out of an unstoppable desire, she pledges revenge in the mixed fate and love.

4. Check Out The Event

Song Yi works at a botanical garden. Her boyfriend was Do Gyeom, but he broke up with her. One day, she wins a couple trip. They go on the couple trip, pretending that they are still boyfriend and girlfriend. Meanwhile, Ji Kang, a writer becomes the guide. He meets Song Yi and becomes attracted to her.

5. Lovers Of The Red Sky

Chun Gi, a female painter is picked as the first female painter of the Dohwaseo. One day, she meets Ha Ram, a blind officer at the Seowoongwan. She falls in love with him and she doesn’t care that he is blind. She keeps appearing in front of Ha Ram and he finds himself waiting for her.

Hye Jin works as a dentist. She ends up moving to the seaside village of Gongjin. There, she meets Hong Du Shik. She becomes curious about him. He is known as Mr. Hong around town. He is unemployed officially, but he is a master of odd jobs who appears to help everyone with any situation they run into.

These were the dramas aired in August 2021. Either you can watch them now one-by-one or binge-watch after they end. The choice is yours. Annyeong! 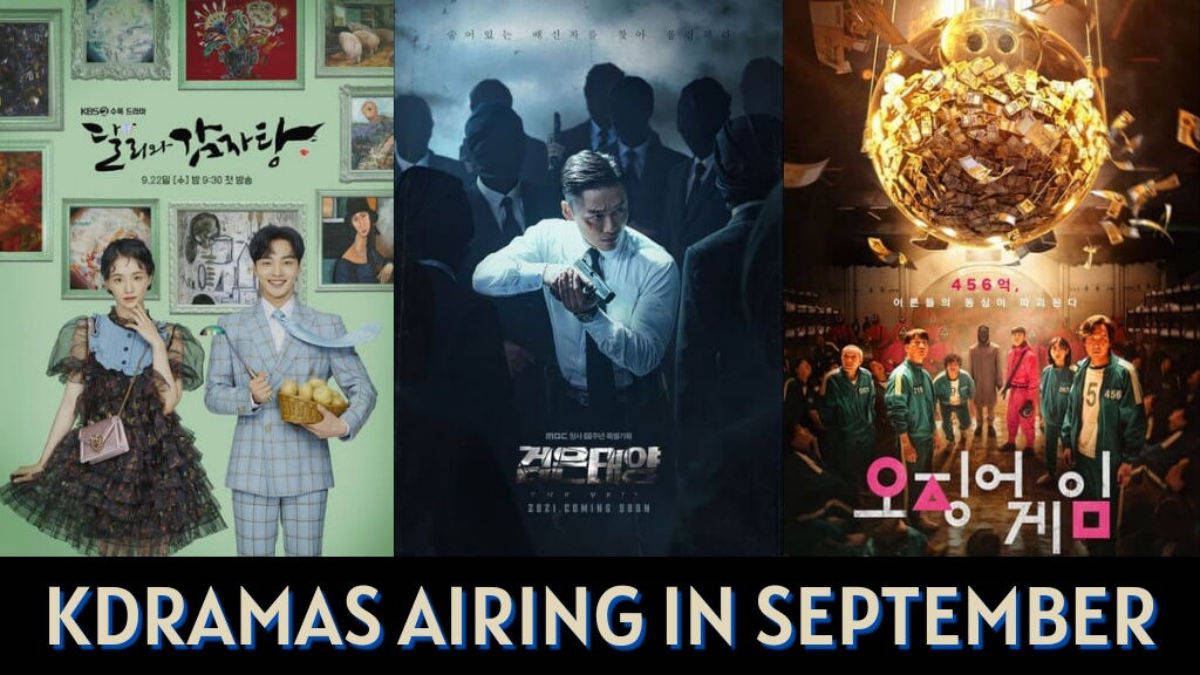